How to plan for the 2021 Pre-Tests, and why now is the perfect time to do it.

Overwhelmed was mostly what I felt during the Christmas holidays of 2018. I had just found out that my son would be taking the ISEB Pre-Tests in Nov 2019, and more to the point, that some of the children he’d be competing with had been preparing for a year or more – what?!? It felt as though he was behind before he’d even begun.  I was angry and indignant. Angry because many secondary schools had told me there was no need to prepare, (as did the ISEB website). Indignant because it seemed everyone was ignoring that directive and therefore the playing field was anything but level.  Had I been a fool to believe no preparation was necessary? Fool or not, I decided I must do all I could to make sure Caspian was at the very least familiar with the kinds of questions the Pre-Test would throw at him.

The goal was for his Pre-Test scores to be good enough to ensure he got an interview at his first and second choice schools.  I have never been a pushy mother, (I don’t think… you’ll have to confirm with my kids in twenty years), not wanting to over-tutor, or force something that clearly isn’t meant to be. As I see if, if you have to force a door open, you condemn yourself to constant effort to keep it that way.  In fact, I have a repulsion towards anything with a whiff of ‘pushy parent’.  Having said that, I also have a repulsion towards unfair advantage, (or disadvantage in our case), so I felt that if I could make a plan that allowed Caspian to do some test-style questions occasionally, and then a bit more frequently in the summer holidays before Y6 began, I would have evened things out without hot-housing in any way. My former life as an Event Planner has taught me that the longer you have to prepare, the better off you are. Hence, I spent the week after Christmas creating a cobbled-together strategy for Caspian, to cover ‘little and often’ for the next ten months.

Looking back, a January start was actually ideal.  There was that lovely momentum that a new year lends every new venture, as well as the goal being within sight, (even for a ten-year-old, squinting out uncertainly across the endless months).  Ten months allowed us plenty of moments to adjust or adapt the plan, and provided two half-term breaks and two full-term breaks, to give the revision a little more focused time.  It made the whole process feel something like ‘spacious’. We knew we could do it at a steady clip, no sprinting required, and therefore calm ruled from the get-go.

Technically it was pretty tricky to plan out. The idea was I’d do all the hard work to make sure he had a fair chance to try every kind of question, from all topics, across all four subjects, as well as time to do a number of mock tests so as to be really comfortable with the format.  I’d then be absolutely ready and focused on what to suggest, and where to find the resources, and therefore able to casually suggest fifteen minutes of work whenever the moment, mood (both of ours), sleep/ hunger / stress levels aligned… which any parent knows, is not often!  It was so tricky in fact, that I’m taking pity on anyone else in the same boat and sharing the six steps for how to do it:

1.Work out how much time you think is reasonable for your child to revise

Think about their holiday schedule and their term-time schedule, clubs, and each day’s lesson schedule. You may want to aim for more during the holidays, though make sure they have lots of time completely free too, (despite what our children think, boredom is very good for them).

I opted for 2 x 30 min sessions pw to begin with, and then increased it after the Easter holidays to 3 x 30 min sessions pw. I also threw in some Times Tables practice a few times a week, though I didn’t formally count that as it was usually on an app, and/or took no more than 5 mins.

In the summer before Y6 Caspian began to try out some Mock Tests.  The tests range from 25 to 50 mins depending on subject, and the child may take them together in one sitting, or separately.  (Find out what your prep school will do, so that you practice in the same way.) 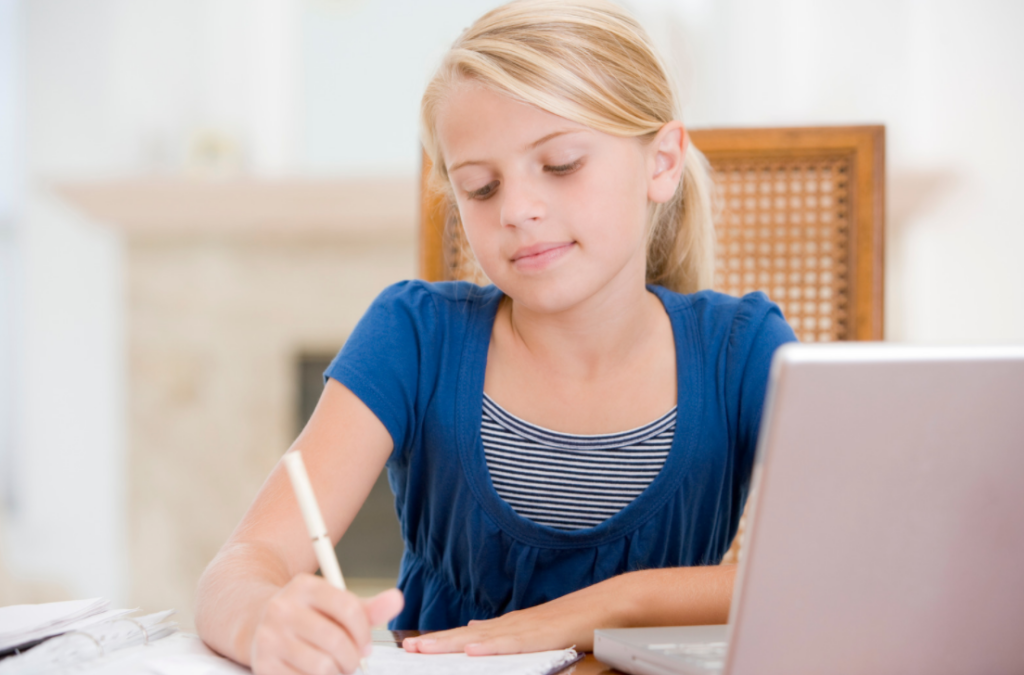 2. Work out how much time there is until the Pre-Tests

The Pre-Tests can only be taken once per academic year, and the results will be shared with any senior schools that require them. As previously mentioned, the four tests (Maths, English, Verbal Reasoning and Non-Verbal Reasoning), can be taken together or separately, and are usually done at the child’s current school between the 1st October and the 30th June of Year 6. If the school your child is applying to requires the child to sit the Common Pre-Tests, you should inform your current school as soon as possible so they can register with ISEB. Chances are, your prep school will be very familiar with the Pre-Tests and will be able to tell you exactly when they will take place. November seems to be most common, so if you can’t find out specifics immediately, work to that timeline for now. 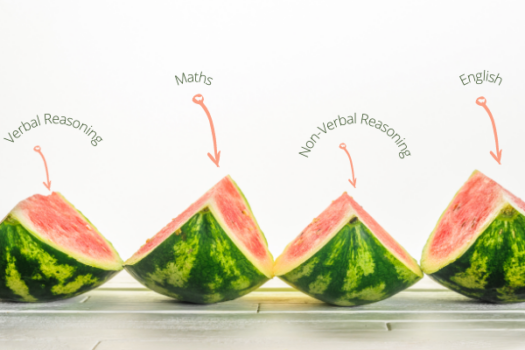 3. Divide up the revision time equally between the four subjects

Don’t assume that your child’s stronger subjects don’t need as much consideration.  You should aim to raise his / her game equally across all four subjects.  Just because he / she can do Maths well, doesn’t mean they will be able to translate that knowledge into the test format. It is key that they get used to test-style questions in every subject.

4.  Find revision resources that match the Pre-Test format and content

I ended up subscribing to several sites, buying work books and test papers from Amazon, as well as downloading different work sheets from wherever I could. In short, it was a real pain, and I never found all I needed in one place*. The biggest difficulty was finding the right level of questions in multiple choice format. The Pre-Tests cover Y5 and early Y6 ONLY.  Do not use resources that go beyond that, unless you want a demoralised student who becomes ever more anxious about the tests.  Yes, the Pre-Tests are adaptive, meaning if your child answers correctly, the next question will be harder, and vice versa. However, the Pre-Test questions will not go beyond the aforementioned curriculum. The questions will be asked in trickier ways, but will still be limited to Y5 and Y6 knowledge.  It really is of no use at all to try to get your child ready to face Y7 and Y8 questions, unless preparing for a scholarship paper. Parents often ask me whether to go beyond the Pre-Test curriculum in order to prepare them for the secondary school’s own entrance paper. However, that will come some time later, and may be an entirely different format, (if often is), and so better to focus on one thing at a time. Again, unless a scholarship applicant, all secondary schools will test their applicants in line with their current level at school anyway, so racing on ahead into future curricula is almost never necessary or advisable.
*a KEY reason for creating Peak Prep.

5. Find out what their own school will be doing to prepare them

All good prep schools will want to see their students succeed, so the chances are they will have some useful resources to help, and possibly even a plan of their own.  However, many excellent prep schools don’t have many or any candidates sitting the Pre-Tests.  This means that there isn’t any formal preparation, and it may just be a case of borrowing some work books etc. It is certainly worth a conversation with teachers or tutors though, so that you make sure you are complementing anything they are doing, rather than repeating it.

6. Plan to cover all the revision before dedicating time to mock tests

I strongly advise you plan regular revision up to and including the summer holidays. At that point, it will be prudent to leave space to go over any tricky areas, or revisit the basics that haven’t been touched for a few months. In addition, you’ll want to make sure you have plenty of space in the diary for mock tests, both completing them and going over them.

Want us to do all this for you? Click here and find out how Peak Prep can help you. 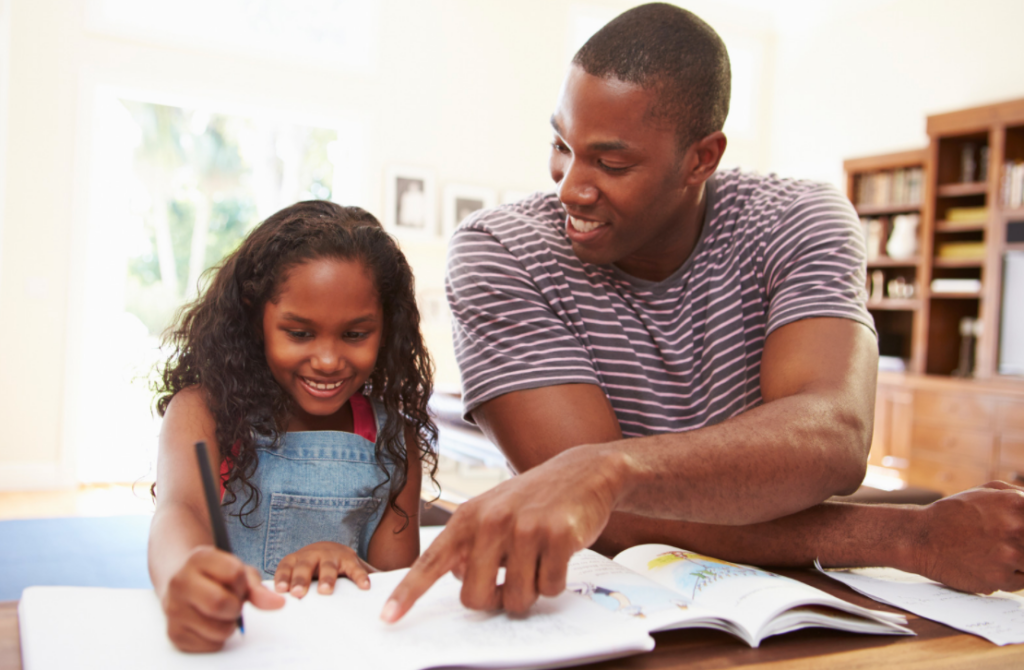 If you feel you need help with all the above, please check out Peak Prep.  I created the platform so that those of us who work full-time, or aren’t as good at planning, or don’t understand the subjects ourselves, have somewhere to turn.  Peak Prep can do everything for you, from planning a customised revision plan for your child, to providing mock tests, to giving your child a re-cap of the basics as they draw near to the exams.  Sign up for a free trial here and let us take the burden of preparation off your shoulders.